As wet cleaning methods have increased, so have the prevalence of flash rust and the need to look at solutions or strategies to prevent it. Here are three tips to help prevent flash rust.

3. Use A Rust Inhibitor 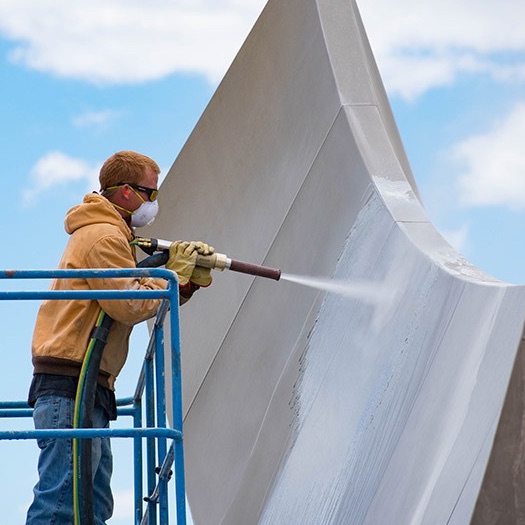 What Is Flash Rust?

According to the SSPC Protective Coatings Glossary, flash rust is "rusting that occurs on metal within minutes to a few hours after cleaning is complete. The speed with which flash rusting occurs may be indicative of salt contamination on the surface, high humidity or both."

Flash rust variations include rust-back and re-rust. Rust-back occurs when there are already contaminants on the surface of a substrate. For example, if you expose bare steel to high humidity or moisture in the air, rust-back will occur. This is typically something you’re going to see after dry abrasive blasting, or using power tools such as needle guns, to clean the surface. Re-rust, or rust bloom, refers to new rust and occurs evenly over a large section of the surface. It’s similar to flash rust, but rust bloom can take days to develop. 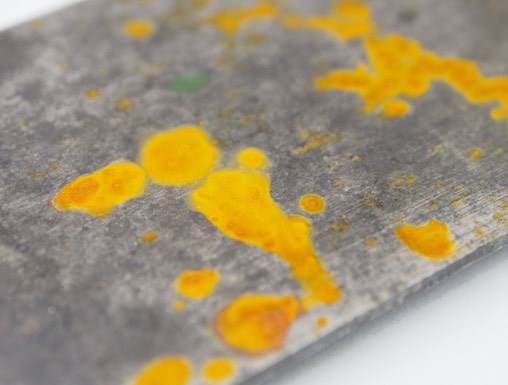 One of the big contributors to flash rust is water quality. Some companies may need to pull water out of a well on a jobsite, and as a result, the water has a very high chloride content. After oxygen, chlorine is the next most reactive element. Using a very clean water source, such as water filtered using distillation or reverse osmosis, can help prevent flash rust and even reduce the need for rust inhibitors and other protection methods. 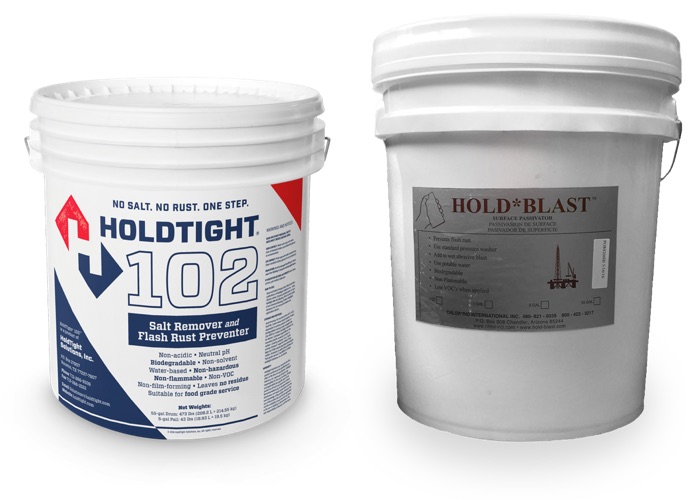 Salts and chlorides are big contributors to contamination of the surface, but in a lot of cases what you’ll find is that there were already some particles of rust when the steel was formed. Once they are exposed, they can very quickly start to bleed rust, and you will experience rust-back rather than flash rust.

Several different manufacturers make corrosion inhibitors or surface passivators that can be mixed with water and used for wet abrasive blasting. This allows the water to get deep into the profiles with wet or vapour abrasive technology and flush the salts and chlorides out of those deep grooves, leaving a much cleaner surface.

Some inhibitors on the market will evaporate and actually leave the surface clean of any contaminants, while others are designed to create a film to prevent the air from getting to the surface to begin the oxidation process. If you don’t want to coat that substrate right away but instead leave it for weeks, the best solution to use is a material that creates a barrier on the surface so that you can go back and pressure-wash that barrier at a later time before applying the coating.

There are many varieties of rust inhibitors, including a few popular ones used with wet and vapour abrasive blasting. However, before purchasing a wet or vapour abrasive blaster, make sure to look at the equipment’s specs to determine how much water is used, and ask to see a demonstration so you can gauge the water usage for yourself. Confirm the manufacturer’s data is correct and substantiated by an independent and reliable third-party testing service. The less water the machine uses, the less rust inhibitor is needed, saving your operation money. Graco's EcoQuip 2 Vapour Abrasive® blasters can operate effectively using 0.5-1.0 quart/min (0.47-1.06 litres/min).

Learn how HoldTight improves efficiency by allowing you to blast longer, without stopping to apply paint and learn wet abrasive blasting standards