The Truth About Dustless Blasting

There is no such thing as “dustless” or “dust-free” blasting in the surface preparation industry. All abrasive blasting equipment operating under normal conditions produces dust.

Air quality studies have shown that the most effective vapour abrasive blasting machines suppress no more than 92% of dust produced by dry blasting. Manufacturers claiming that their equipment is “dustless” or “dust-free” may be misleading you.

When a particle of abrasive media shatters, it breaks down into sub-particles. The smallest sub-particles lack the mass to descend to the ground in the presence of air turbulence produced in the blasting process.

With a wet blasting process, the original particle is encapsulated to varying degrees in a water jacket. When the particle shatters upon impact, the ensuing wet sub-particles are weighed down by the water and gravity pulls them to the floor, despite the air turbulence. 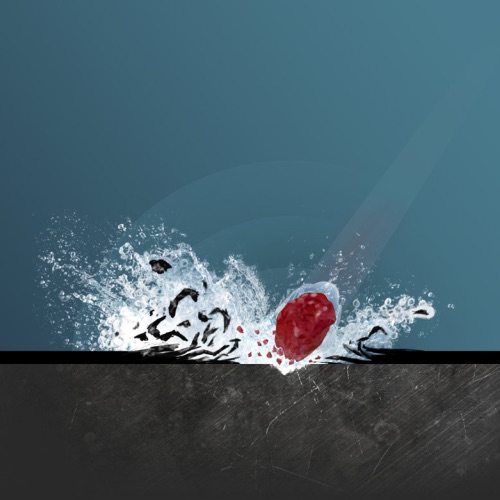 With wet blasting, abrasive particles are wrapped in a water jacket as they impact the surface.

However, some sub-particles are so small, that even though encapsulated in water they do not take on sufficient mass to counteract the force of air turbulence, and they linger suspended in the atmosphere. In addition, not all sub-particles are encapsulated in water jackets. Sub-particles emitting from the dry interior of the original particle may not become moistened at all. This is why no wet-based blasting system can completely eliminate dust.

When a blaster invests in equipment believing it to eliminate dust, his misconceptions can be costly: one might reasonably assume that in the absence of dust, there would be no need for air quality control measures, thus saving the blaster time and money constructing containment.

The reality is that the SSPC puts all vapour abrasive blasting systems in the same class, and although the requirements are less stringent, they exist nonetheless. So while the “dustless” hobbyist might be able to flout EPA standards and ignore containment requirements – provided he has no neighbours to complain – a contractor working on a project that abides by the laws will be required to contain the site to the same standard as any other vapour abrasive blaster.

Abrasive blasters use breathing protection to keep dust, heavy metals and other harmful particulate matter out their lungs. Of particular concern is silica dust, which causes silicosis, a deadly occupation lung disease that causes over 100 deaths per year in the U.S. According to the CDC, more than 2 million U.S. workers remain exposed to respirable crystalline silica. A blaster operating under the misconception that his process is not producing dust might reasonably assume that breathing protection isn’t necessary.

Worse, if his equipment is “dustless”, then why not blast with silica sand, which is much more abundant and cheaper than the other abrasives? After all, the reason for the stigma against silica sand blasting is because silica dust causes silicosis. How could there be a threat of silicosis in a dust-free environment? If the manufacturer claims the system is “dustless” or “dust-free”, but does not recommend blasting with silica sand, you should be sceptical of their claim. Why else would they recommend using anything other than the most cost-effective abrasive? 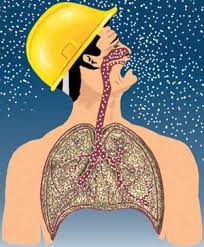 In 2016, OSHA implemented a new Silica Rule, which took effect on June 23rd. According to OSHA’s website, the final rule was created to curb lung cancer, silicosis, chronic obstructive pulmonary disease and kidney disease in America’s workers by limiting their exposure to respirable crystalline silica.

When a manufacturer claims that their blasting equipment eliminates dust, they are treading a slippery slope: when a blaster believes his blasting system does not produce dust, it could lead to potentially fatal conclusions.

How to Protect Yourself

Before investing in abrasive blasting equipment, ask the manufacturer to provide an air quality report authored by a respected, neutral third party. Any conscientious manufacturer making dust-suppressing claims will have done their due diligence to discover to what extent their product suppresses dust, and will not make indefensible claims that put their customers health at risk. For more information on PPE, read our article on Personal Protective Equipment for Abrasive Blasting.

Don’t believe the myth: blasting produces dust, regardless of the equipment, there is no dustless abrasive blasting.

Learn how HoldTight improves efficiency by allowing you to blast longer, without stopping to apply paint and learn wet abrasive blasting standards