Jet Valve Dispensing – Easy to set up and Maintain

The simplicity of Graco’s patented diaphragm jet, with only two internal moving parts, delivers one of the industry’s lowest running costs per million cycles of the jet. These easy-to-set-up and maintain jets can be maintained and repaired within the operator’s factory, minimising downtime and MTBF. The two moving pneumatic parts – solenoid and cylinder – have been extensively tested to provide reliable performance for up to 500M cycles at a fraction of the cost of piezo jet actuators.

Due to its simple design, Advanjet also offers production managers a lower cost of ownership by up to 76%. The lower cost of ownership, said Wesley Walters, director of applications engineering for Graco’s Advanjet jet valve systems, is due to “A wetted fluid path that’s a lot less involved than our competitors. We have three components that get wet; most other companies have five to 15 components.” The jet’s simplified design minimises the fluid path, which helps to explain Advanjet’s high reliability and ability to dispense fine lines material like silver epoxy without clogging.

Additionally, cleaning Advanjet jet valves take minutes compared to conventional jets, which have as many as eight parts requiring cleaning, plus it’s not necessary to remove the jet from the robot. Moreover, the jet valve’s diaphragm and nozzle plates can be installed without carefully calibrating the jet, saving production time. An added bonus: operators won’t have to disassemble intricate, expensive cartridges. 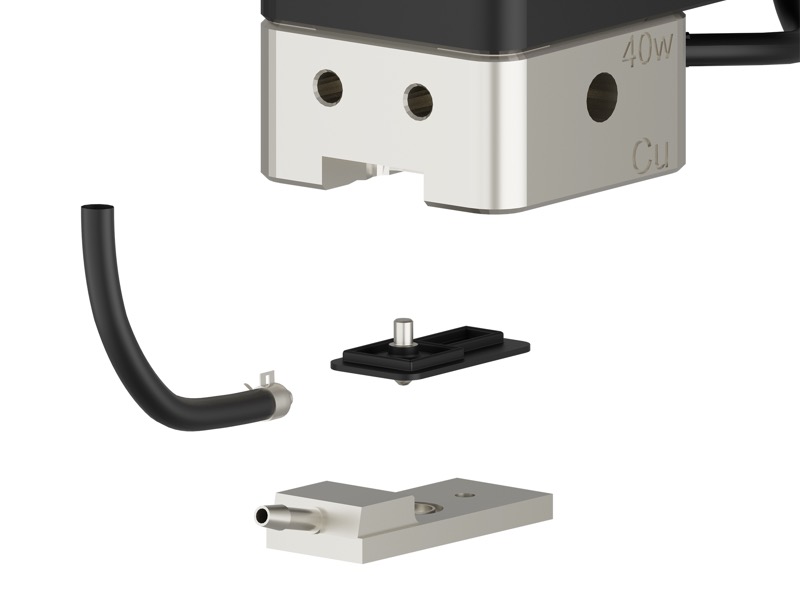 Figure 1. In a typical die attach application involving semiconductor chip manufacturing, operators must secure the chip to a lead frame substrate. A jet valve applies a microscopic line of silver epoxy to the die pad. The chip is then placed with some pressure on the substrate and given time to cure.

Some thermal interface materials (TIMs) are so abrasive, it’s like pumping diamond dust or liquid sandpaper. Explore why and how we developed Elite, the longest-lasting pump construction for abrasive material dispensing.

Precision Dispensing for Bonding and Sealing

When a product's functionality depends on a perfect bond or seal, dispensing an imperfect bead could lead to considerable cost implications.