Hotpotting: Are you throwing money away?

The process of hotpotting or manual mixing has been around for decades. It’s considered to be an inexpensive way of mixing two components. It doesn’t require the purchase of special equipment, and operators don’t need special education or training. However, hotpotting does have its limitations.

Hotpotting can lead to inconsistent mixing due to human errors. It’s difficult to mix the two materials together properly. So part of the mix might be under-mixed, while another part might be over-mixed. Poorly mixed materials can only be thrown away, which obviously is a huge waste of time and money.

In addition, hotpotting always leaves mixture in the bottom of the pot. Up to one liter or more of paint could remain on the sides and bottom of the drum at the end of every shift. Another common problem is that when the pot life is relatively short, the material is cured before it’s applied. What happens to the mix at the bottom of the pot? It get’s discarded. All in all, every liter soon adds up to a hundred liters, which ultimately means a lot of money is being thrown away.


What’s the alternative to hotpotting?

A more efficient approach is to use a plural-component sprayer, such as the Graco XP70 or XP50. It’s designed to handle high-viscous materials up to 100% volume solids content. It consists of two piston pumps, one for the base and one for the hardener, which feed the two paint components. The components are conveyed and mixed in the correct mixing ratio. The mixing manifold and the static mixer assembly ensure that the base and hardener are homogeneously mixed. The mixed material is then fed to the spray gun through an integrator hose and atomized at the nozzle.

The XP results in less waste because it only mixes what it sprays. There’s no need to throw away unused mixed material at the end of each day, simply because you won’t have any unmixed material to throw away. Nor will you have to discard off-spec, inconsistently mixed material because the machine ensures optimal consistency of mixing, day in, day out. And of course, less waste equates to cost savings. You will reduce material consumption and you will stop throwing money away.

Why not switch from hotpotting and enjoy the many benefits of the Graco XP plural-component machine? If you want to stop throwing money away, contact us for more information. 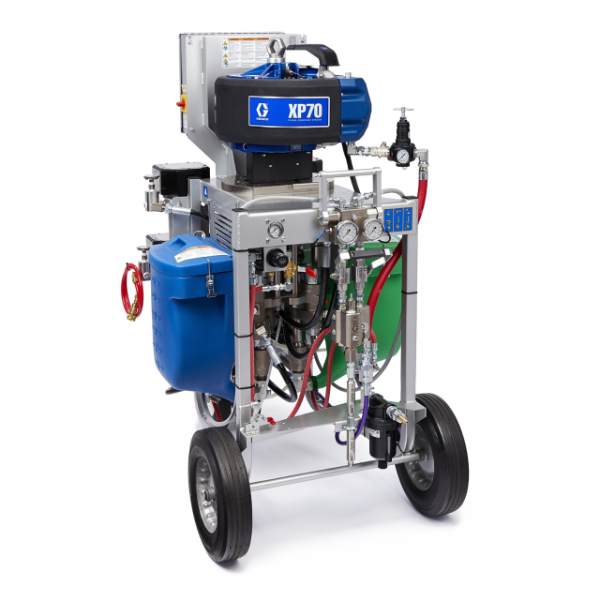 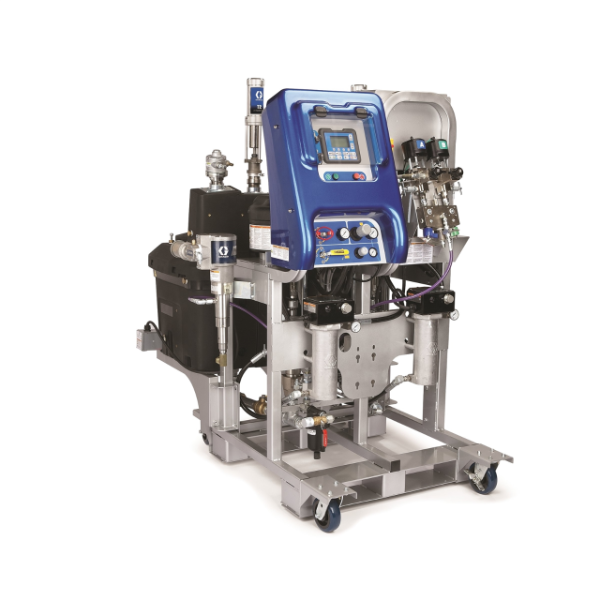 Three reasons to move from hotpotting to a plural-component machine

Discover the benefits of Graco’s XP and XM line of sprayers when you switch from hotpotting to a plural-component machine.

How to reduce rework when spraying fireproofing