Established in 1994 by Pericles Navrozoglou, Elmet is one of the largest metal construction companies in North West Greece.

Elmet was already using spray machines to coat metal frames with epoxy and fireproofing coatings, in-plant and on-site. As they work with so many different sorts of paint, depending on the demands of each job, they were looking for an efficient sprayer capable of handling a broad range of material.

The company contacted Graco distributor Kolleris Bros Co. to find the best solution to combine energy efficiency and performance. Although air supply was not an issue, Elmet needed a sprayer which would not force them to transfer massive loads of air outside the factory.

After gathering important information, doing calculations and precision planning, Elmet chose the Graco e-King E50. Although Elmet owns large compressors, the benefits of the e-King such as mobility, smooth operation, better spray results, along with energy consumption, played a major role in selecting it as their primary coating unit.

King’s effectiveness has been proven since Elmet has sprayed tons of coatings successfully. However, the true success for Elmet was achieved with fireproofing applications. Strict safety regulations demand most of the metal frames to be coated with fireproof paints. Elmet’s experienced staff managed to produce a fine coating solution by using 0.021” and 0.023” XHD tips, praising the smoothness, low noise and quality finish of the pump.

For more information about spraying steel structures and pipelines or Graco's King sprayers, fill out the form below. 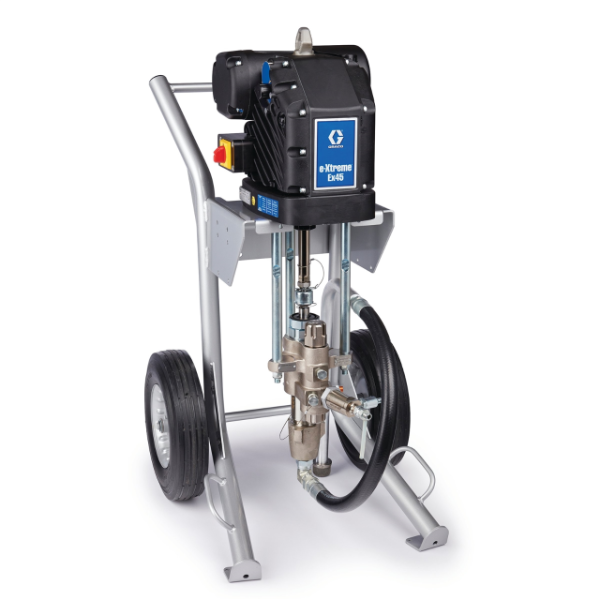 Three steel tank and pipeline coating companies in Turkey put the Graco King electric-driven airless sprayers to the test. In all three sites, it performed to everyone’s total satisfaction.