Short on space, the plant hand mixed each batch. Like most hand mixers, they fell victim to human error. Solvent was not added correctly to the clear coat and catalyst mixture, affecting dry time and causing rejected parts. On average, this happened four to five times per year, adding up to $75,000 in bad parts.

As a company, they prided themselves on their manufacturing processes, boasting a 98 percent first pass yield. Rework associated with bad parts was significantly dropping that statistic. Upper management called for a change.

SOLUTION: Precision and consistency was the number-one priority. Typically, an electronic proportioning system would be the first solution. However, space constraints made installing one impossible. They also needed an option that could be controlled in an intrinsically safe way from inside the paint kitchen.

Because of their unique circumstances, Graco engineers developed a creative use for the ProDispense System. Four fluid panels for two clear coats, a catalyst, and solvent could be mounted outside of the paint kitchen with tubes, feeding into a bucket in the hazardous area. Preset recipe configurations could make new batches fast and easy. Accuracy within 3 percent would provide consistent batches every time.

The paint process manager also wanted a way to start and stop dispense from inside the paint kitchen. So they also invested in an intrinsically safe wireless start/stop switch. 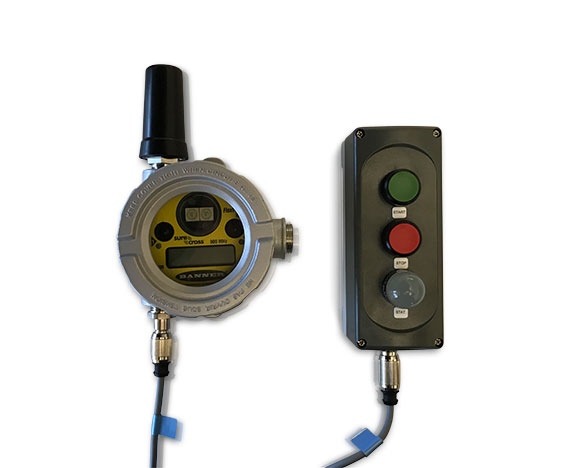 RESULT: Nine months from installation, precise and accurate dispense is now implemented. Rework has reduced 85 percent, resulting in a less than one-year payback.

By looking to a Graco solution, the automotive parts manufacturer not only saved money, but also its reputation. 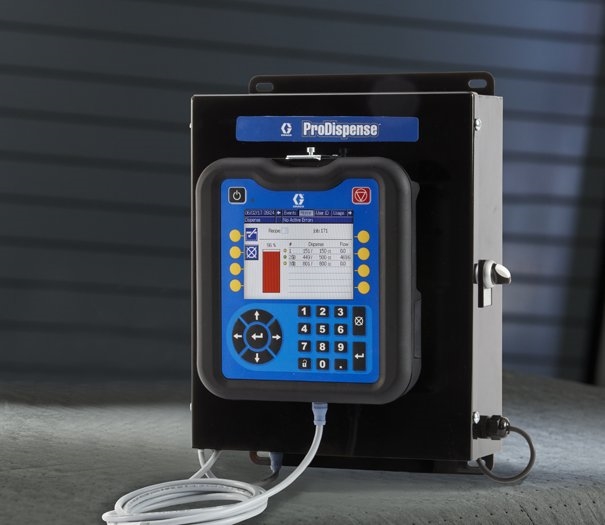 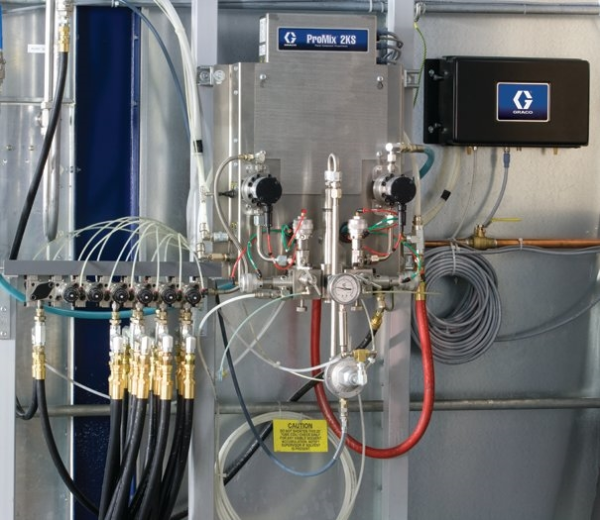