What are surge suppressors?

How does a passive surge tank work?

When we turn on the fluid pressure and adjust it up to the operating pressure, the two pressures equalize. This means the suppressor is working at its peak performance. 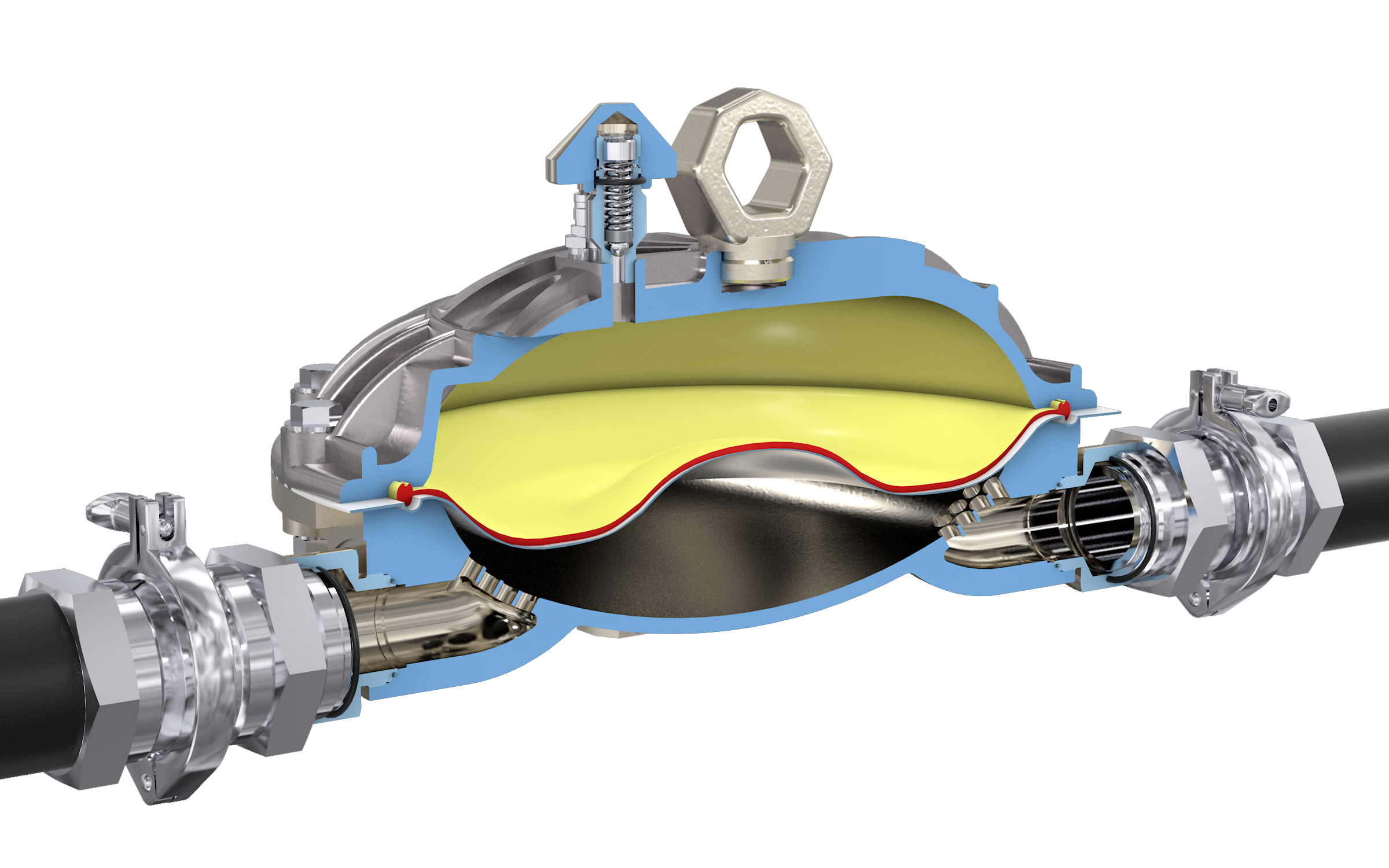 If two-thirds of the charge pressure is greater than the available air supply pressure, a nitrogen supply is required to build to the right pressure.

If the charge is not two-thirds of the operating pressure, the suppressor does not perform properly.

If the charge is lost over time or a fluid pressure changes due to a system requirement change (for example, a non-production motor sleep mode), the suppressor will not perform properly unless a manual change is made to the air side.

Grates at the inlet and the outlet are designed to prevent the bladders from pushing into the inlet and outlet areas when the suppressor is not charged properly. This is not ideal for fast and efficient flushing.

How does an active surge tank work?

To install an active surge suppressor, we connect an air supply line directly to the suppressor.

An active surge suppressor uses a piston and a diaphragm. This gives us a three-to-one ratio. We're also using two poppet valves: the inlet puppet valve and the exhaust puppet valve. 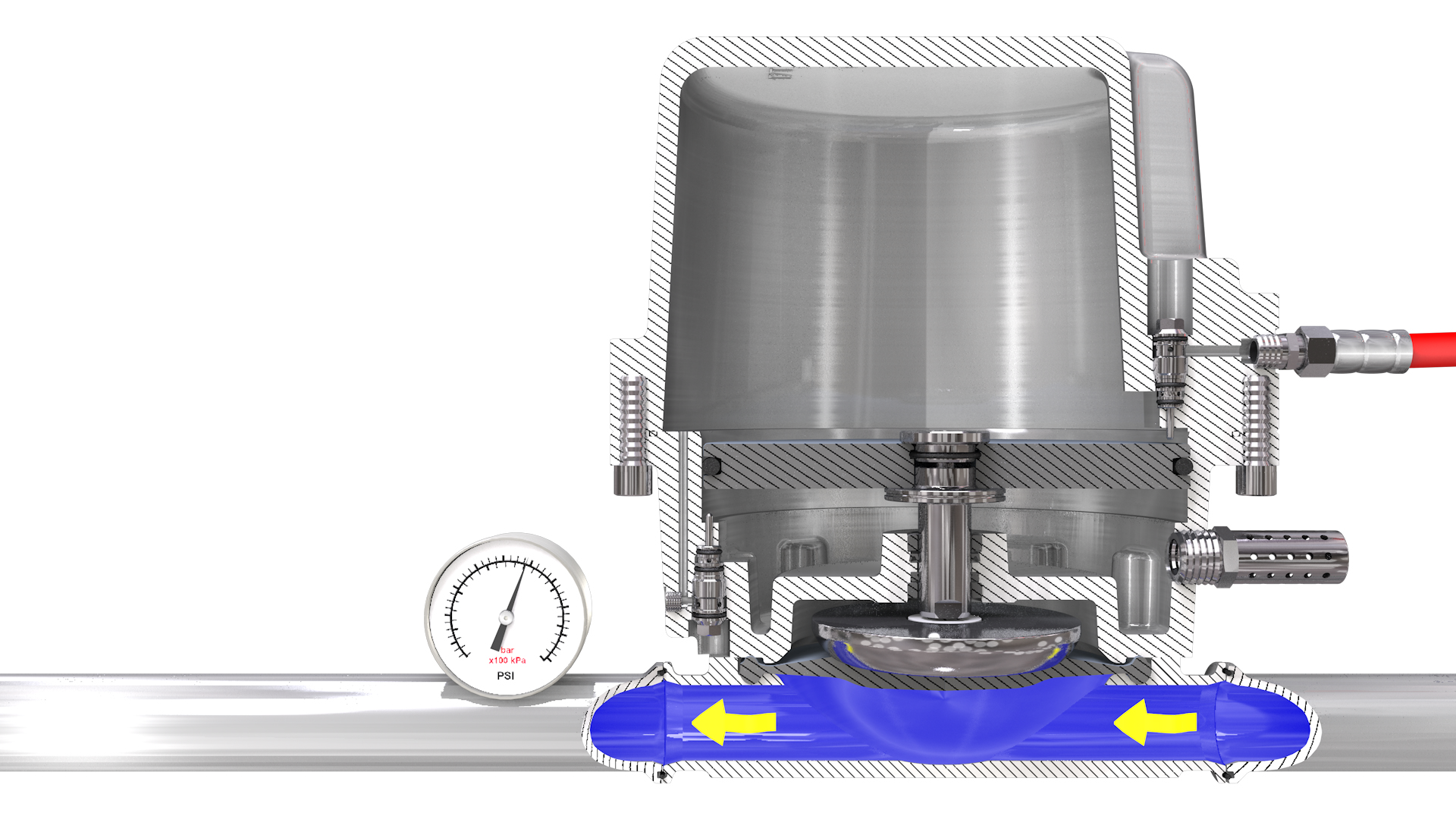 Because of the three-to-one ratio, when this air pressure is one third of the pressure of the fluid pressure, it's going to push that piston down. Now this piston is going to float between the two poppet valves, absorbing those pressure pulsations from the fluid side.

Due to the design of the diaphragm, a graded inlet and outlet are no longer required, making the active surge suppressor very efficient for flushing.

The design of the active search tank allows for installation of the fluid section to be in either down or the up position. The smaller footprint also allows for mounting directly onto the pump outlet, the wall or the floor when using the proper mounting hardware.

The highlight of the active surge suppressor is the fact that it automatically adjusts itself for peak performance in changing conditions, so the operator does not have to manually make any adjustments. 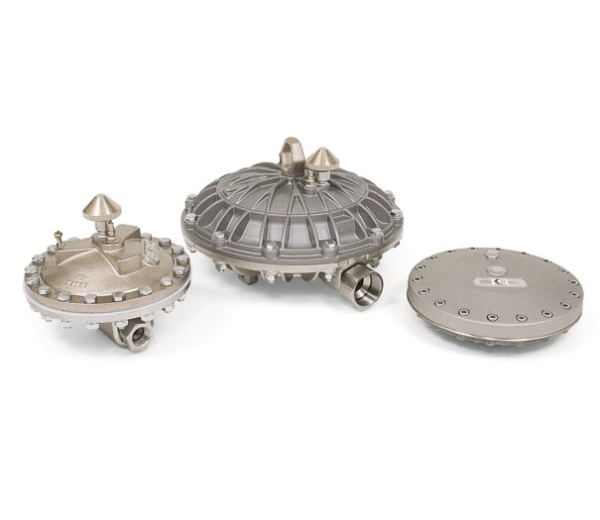 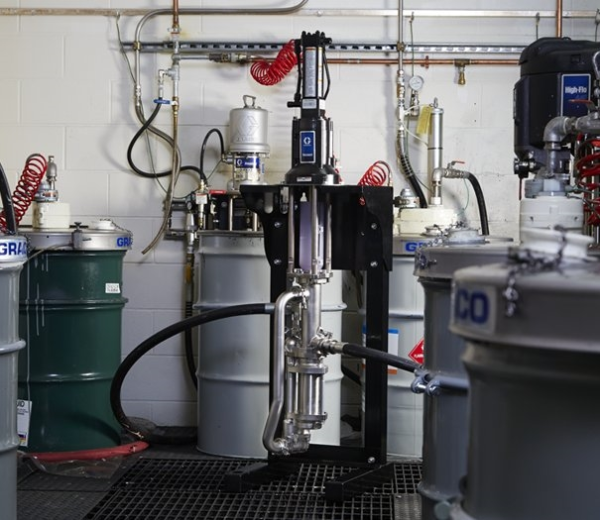 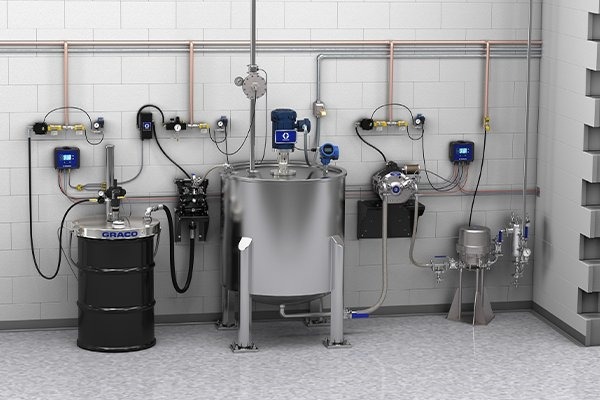 How to Make Your Factory Paint Mix Room Industry 4.0 Ready