CHALLENGE: One of the United State’s largest suppliers of aluminum and vinyl windows and doors began noticing issues with aluminum extrusion finishing.

These factors led to wasted material, increased downtime, and overall inefficiency on the paint line.

SOLUTION: With in-line fluid monitoring, they benchmarked their material use.

After having a better idea of their situation, they set up a side-by-side comparison between their two working Ransburg Aerobells and two Graco ProBell Rotary Bell Atomizers.

During the three-month trial, company representatives noticed these differences on the Graco side:

RESULTS: Their side-by-side comparison reported an increase in transfer efficiency of nearly 30 percent with the Graco ProBell Rotary Bell Atomizers.

The plant manager continues to notice less aluminum extrusions being sent back for touchups.

On-demand webinar explores how to improve atomization and transfer efficiency when spraying with rotary atomizers on robots, reciprocators or fixed mounts. 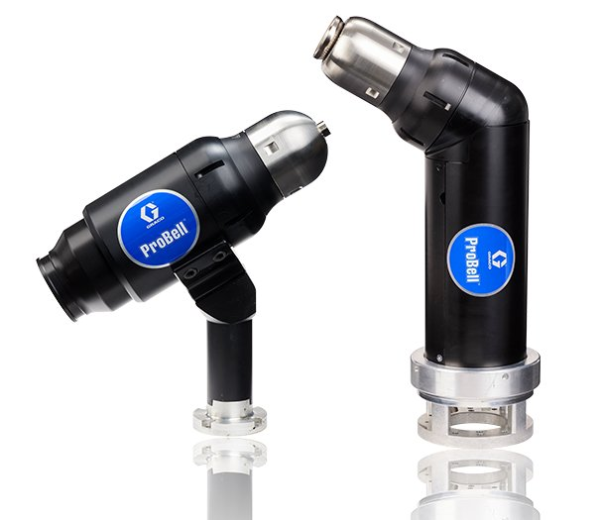 Shaping air pushes paint toward the part and defines the spray pattern. Without shaping air, paint spray would go sideways – away from the part.

4 Reasons Why You Need a Rotary Bell Atomizer